An email from a customer about the Carvers sunglasses

During an Indiegogo campaign last October we threw out a proposition that the first person to back the project would get a pair of Carvers sunglasses prototypes (sweet). It was literally insane how fast Jonathan was to grab that position.

We got in touch and let Jonathan customize one of the four possible pairs in existence at the time- he went with the midnight grey frame, ocean blue sides, and purple lenses. A solid choice for sure. Jonathan has had the sunglasses for a while now and recently sent an email about his Carvers experience that we thought was pretty awesome and wanted to share it with you.

We hadn’t realized at the time that Jonathan was a repeat backer and had backed our past crowdfunding campaigns (which is awesome). He’s a bit of a crowdfunding sunglasses guru (he gave us permission to use the above photo of his, depicting the crowdfuding sunglasses he has backed over the years). Yup. It’s a lot.

Below is a take on the Carvers straight from the man himself, an unbiased customer who we’ve now been lucky enough to get to know (we seriously really like getting to know you guys). We thought that what he wrote was way too good not to share and had to ask Jonathan if he would mind us posting it, which he kindly agreed to.

So without further ado, here are some unfiltered, uninfluenced words on Jonathan’s experience with the Carver’s sunglasses:

I’ve had a lot of sunglasses over the years, cheap off brand glasses, expensive brand name glasses, and lately I’ve been backing projects on indiegogo and kickstarter that have promised a mix between affordability and quality to mixed results.

One thing I have come to expect from the Epicstoke brand is quality and a unique style. I’ve backed projects that skimped on the arms of the glasses and ended up with glasses that felt flimsy or even became warped with casual use. As far as style goes, I can’t go anywhere wearing my Epicstoke sunglasses without someone commenting on the striking colors of the lenses. I work in a school and my students are fascinated with how the color on one side doesn’t match the color you see when you wear it.

Frankly, you guys have been the first crowdfunded sunglasses that I felt really delivered on your promises. I backed enclave eyewear on kickstarter before sunglasses weren’t allowed anymore and while they promised similar “affordable polarized lenses” their glasses never felt like they did the job on a sunny day. Not to mention that they felt little different than my cheap Urban Outfitters sunglasses and their arms were not supported in the least and easily ended up bent in odd positions that didn’t go back as easily. The vivid colors of your sunglasses are striking and it turns heads wherever I go.

I own pairs of Oakley and Ray-Ban sunglasses but your double spring hinges make for a much more comfortable fit than what I am used to. If there’s any one thing I make sure I take with me before driving to work it has to be one of my three pairs of Epicstoke sunglasses, though now I’m stuck having to choose which lenses I want to set the tone for my day.

Photo of Jonathan’s girlfriend rocking the Carvers (she apparently steals them often, which we, of course, condone ;p)- (also, we’re jealous of the hat): 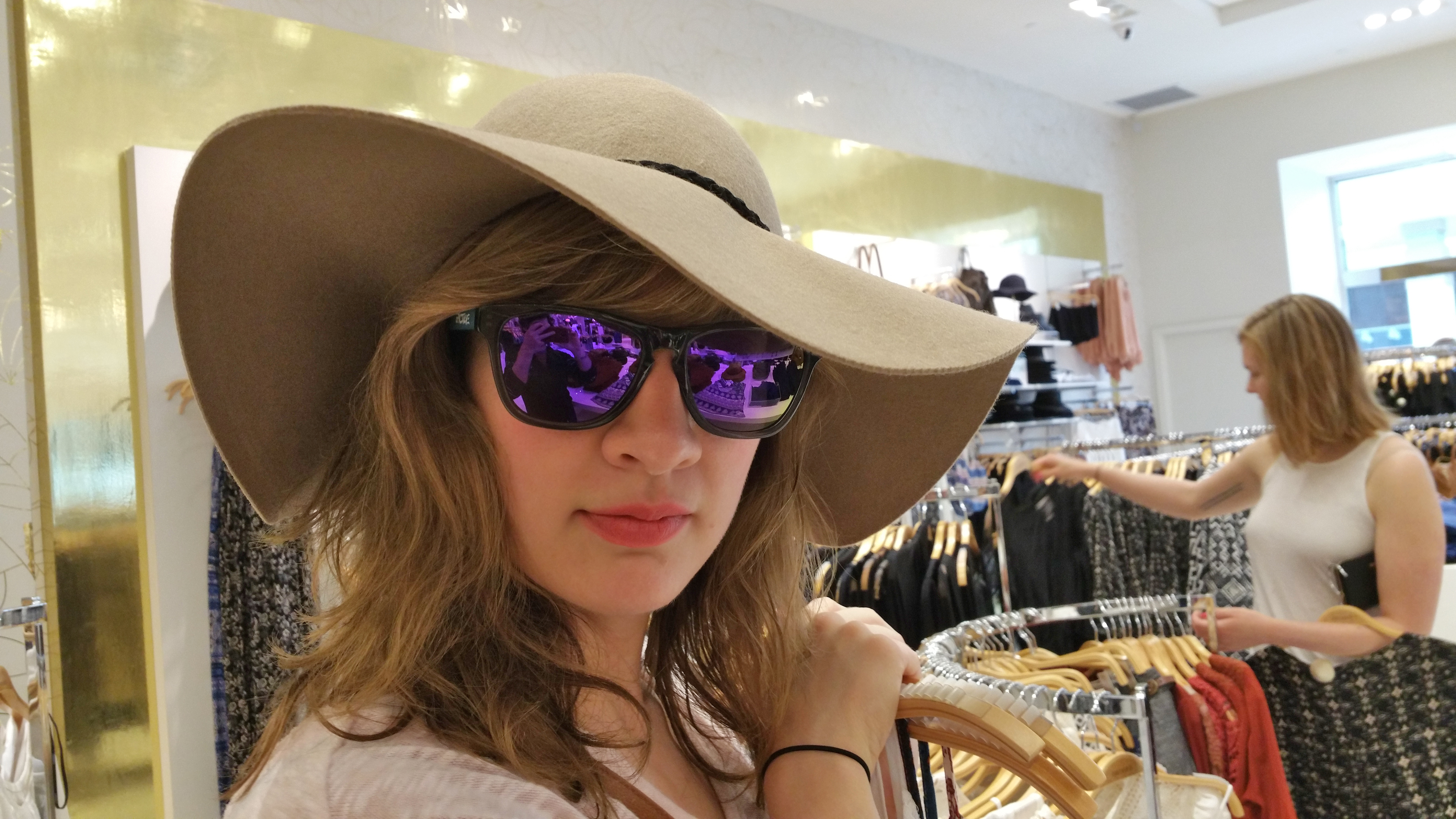 Check out the Carvers sunglasses on Kickstarter!
Protip: having the right lenses on the water is more important than you may think